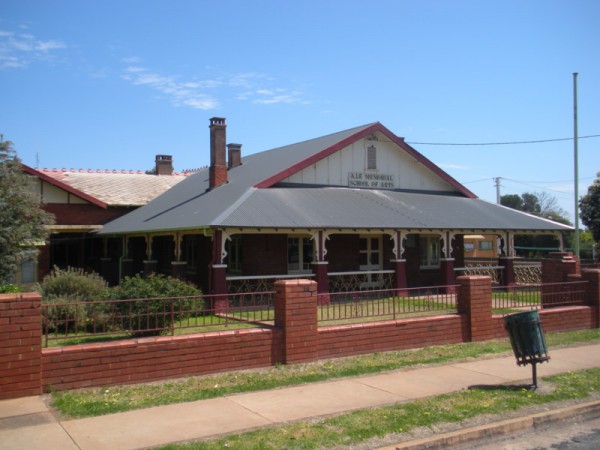 Since opening in 1928, the building has been put to various uses.  It served as a School of Arts, with billiard tables, card tables, lending library and meeting room for the general public.  The southern side extension, financed by Peak Hill United Services Club, opened in 1957.

When the Bowling club premises were destroyed by fire in 1981, it was used as a temporary club house while a new one was built next door.  Today, the rear of the building is owned by the Aboriginal Community.

The building commemorates the services of thos in the town district who gave their lives or served in the Great War. It is currently used by various organisation as meeting rooms.