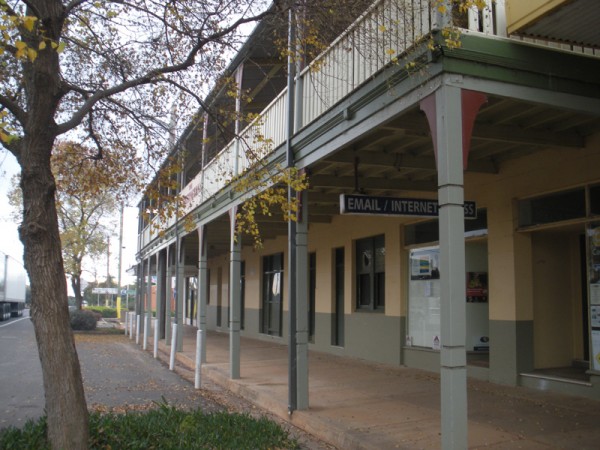 The Carrington Hotel on Caswell Street was established in 1894.  One of three substantial hotels in Peak Hill, it was known as the "cockies pub".

Gutted by fire in 1997, the hotel licence was sold and the hotel was earmarked for demolition.  The result would have been a huge hole in the main street.  Peak Hill community banded together to save the building.  The owner donated the building to Parkes Shire Council for community use.

Stage 1: stabilising and repairing the facade, erecting a new roof and stabilising the interior. This was completed in 2002 and opened by Slim Dusty.

Stage 2: involves the fit out and is currently still underway.  The task has been slow and arduous due to lack of funding.

The future use of the building is still to be determined. It is hoped that the grand old lady of this town will once again be in tune to the town talk and gatherings that she once so splendidly hosted.